Action Uruma is based in the city of Goma in the Democratic Republic of the Congo. Goma is the capital city of the province North Kivu in the east of Congo. The city has around 1,000,000 citizens and is situated on the northern shores of Kivu Lake which is on the border of Rwanda. The landscape is dominated by the active Nyiragongo Volcano (Virunga National Park).

The recent history of Goma has been dominated by the volcano, the Rwandan Genocide of 1994 and the resulting Congo Wars. The aftermath of these events was having effects on the city and its surroundings for many years. There have been numerous outbreaks of violence. Rebel groups remained in the forests and mountains north and west of Goma. During the years there have been several armed conflicts. These have resulted in the population’s forced displacement and emigration. Insecurity striked the lives of children, teenagers and young people, many of whom are street kids suffering of malnutrition and illnesses that continues to threaten their lives and those of their families. 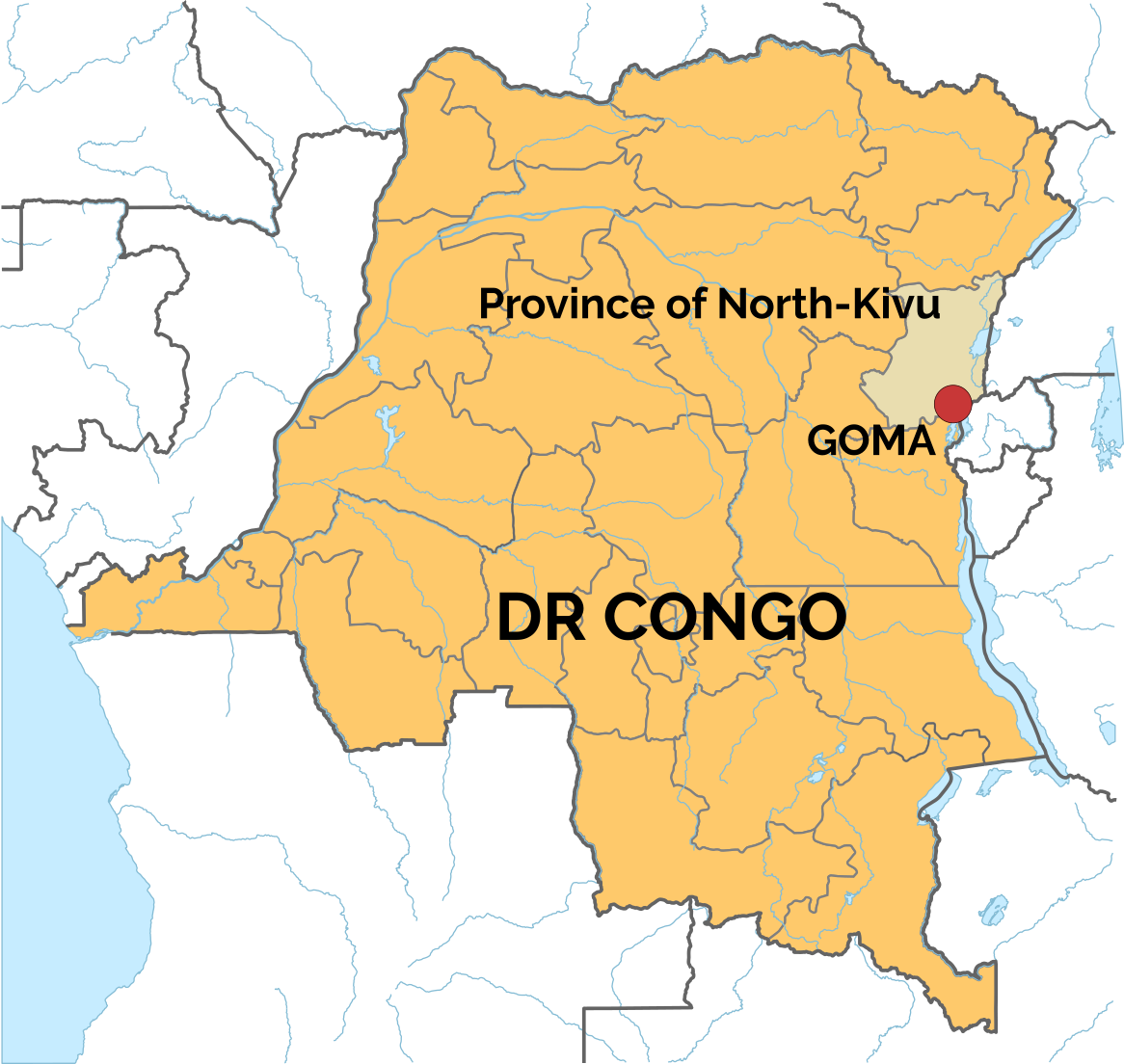